Overview:
Show Works was approached by the Cauldron team to fit out their new venue in London. From call to install Show Works completed the project in just under 2 weeks.
The Cauldron is ‘An immersive (social distance-friendly) cocktail class where you don a cloak, wield a working magic wand & use molecular mixology to brew drinkable elixirs.’ – the cauldron.io
The Cauldron experience required a sound system that would work around the clock whilst also being super user friendly. Each zone of the experience required different audio/tracks to be played as well.

The Set Up
Amongst investigation into a number of different playback methods such as Qlab and Cymatic Audio, Show Works went back to basics and employed the use of USB audio players to provide playback in all of the zones. Sometimes the best way is the simplest way; as the phrase KISS (Keep It Simple Stupid) often means.
The audio players allowed the staff of cocktail experience to easily add and change the tracks played in each zone. As well as this, the audio players allowed the the tracks to play continuously throughout the day with out stopping, negating the need for any further operation from the staff.
The audio players were connected into 2, 4 channel amplifiers to power a total of 7 full range speakers and 2 subwoofers.
2, t.Amp E4-130 amplifiers were used for the install due to their simplistic nature and affordability for the client. The volume control for each zone was done directly on the amplifier to further simplify the design of the system and minimise trouble shooting.
Because of the nature of the venue, large speakers or subwoofers would be inappropriate for the immersive experience. Show Works chose 7 x 4″ full range speakers coupled with 2 x 8″ subwoofers to provide low frequency extension. The full range speakers were hidden amongst decoration and the architecture of the building where as the subwoofers were hidden under seating both on the ground floor and basement of the experience.
The whole system was designed ‘semi portable’ so that the system could be easily moved from the venue after use. Show Works used quick release connects such as Speakon where possible and racked the equipment in a flight case for easy transport should the system need to be moved. 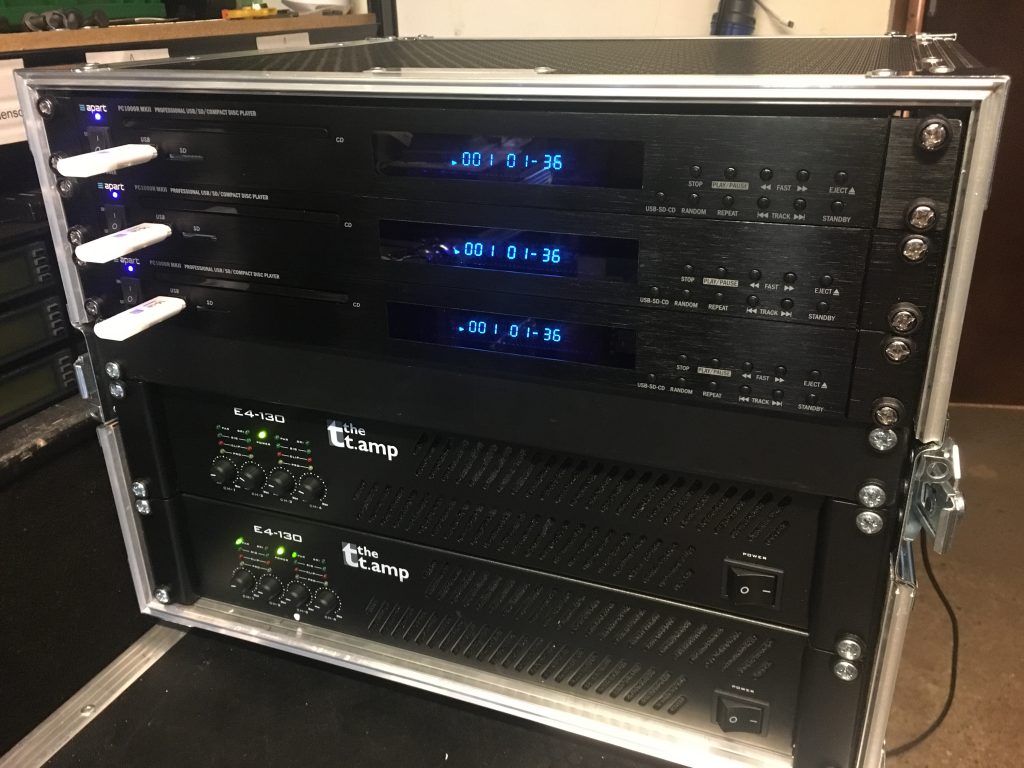 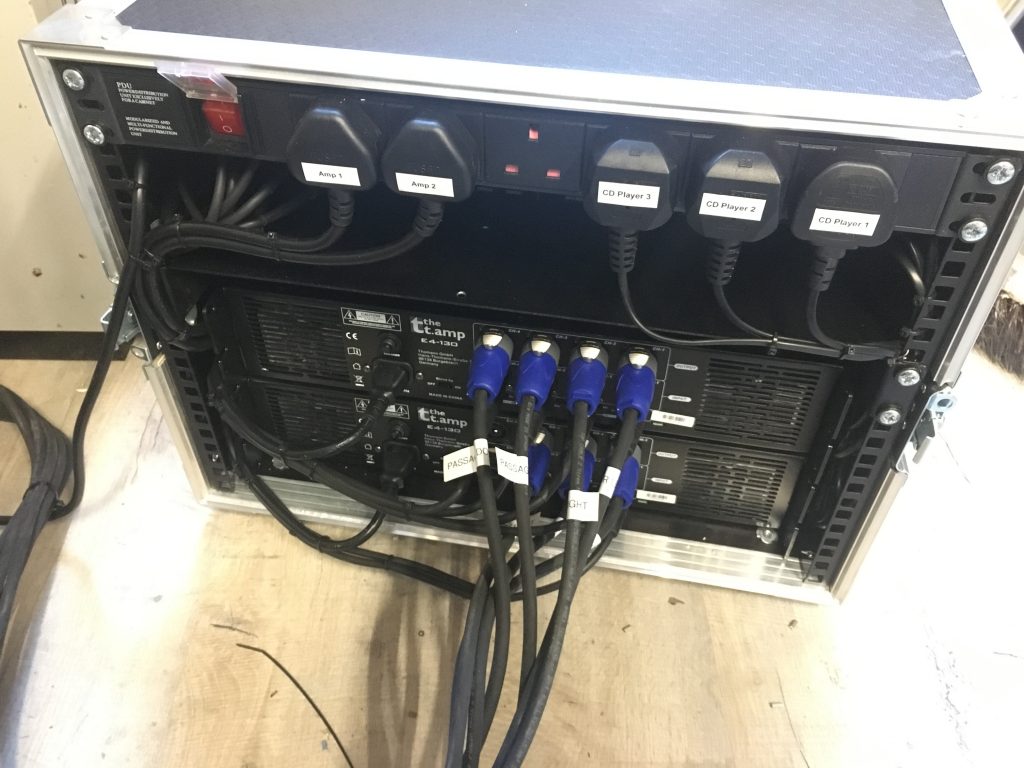