Overview:
In March 2020 the UK entered lockdown in light of the Covid-19 epidemic. Showstopper! quickly adapted their show into a socially distanced version in order to live stream across the internet.
The ‘re-jigged’ version of the show featured 4 cast members and 2 band members, as apposed to the usual 7 cast and 3 band.
The entire company were all socially distanced and behind perspex to further limit the transmission, though unlikely, of Covid-19.

The Set Up
Show Works implemented a sound rig to accommodate for the new social distancing limitations. Each of the 4 cast members were behind perspex drum screens with at least 3m between each other. As well as this, each cast member had with their own AKG C3000 microphone and Allen & Heath ME-1 mixer. Each C3000 was complete with a pop shield, in which case, both the C3000 and pop shield were then quarantined for 72 hours after use for extra measures.
Show Works provided new In Ear Monitors for each of the cast members to further isolate from any transmission.
The band comprised of Roland V Drums and a Keyboard, a totally digital set up insuring minimal sound bleed despite being in the same room as the cast, which lead to a nice clean mix. Monitoring for the band was also done through the ME-1 system allowing maximum sound isolation.
A DiGiCo S21 was chosen to mix the show, providing adequate I/O for the needs of the production, as well as a versatile control surface to mix the never-done-before improvised show.
Finally, audio then travelled to the Black Magic ATEM video mixer operated by Showstoppers very own Andrew Pugsley, who live mixed as well and narrated the show all at the same time.. impressive!

The Design
Coming out of the theatre and into the world of online media was certainly a change to the usual showstopper set up. Often in any type of theatre, dynamics play a big part in the conveyance of the show, especially audio. Subtle moments could easily be lost by the less than ideal set ups the viewer may have. We have to remember that the sound being mixed is now no longer coming out of a high quality PA system, but in-fact (in many cases) a phone or laptop speaker.
For this reason, a fair amount of compression was placed on the live stream audio in order to smooth out the peaks, keeping the audio at a consistent level throughout the show, yet still maintaining some dynamics. This allowed viewers to still enjoy their experience even with background noise (eg. the ‘noise floor’).
Without any foldback in the form of speakers or a front of house PA system, allowed virtually unlimited gain before feedback – being one of a few advantages working in this set up. This in-turn allowed for the microphones to be positioned off camera, providing better aesthetics of the live stream overall.
The audio was also mixed on headphones for the stream as apposed to your usual PA system which offered isolation from the acoustic sounds in the room and maintained an accurate representation of the audio end users would be hearing.

Developments
Inspired by the huge take up of live streaming through out 2020, Show Works has decided to commission a range of live stream work stations for hire – a portable sound studio in one flight case allowing quick and easy live stream audio mixing. See photos below: 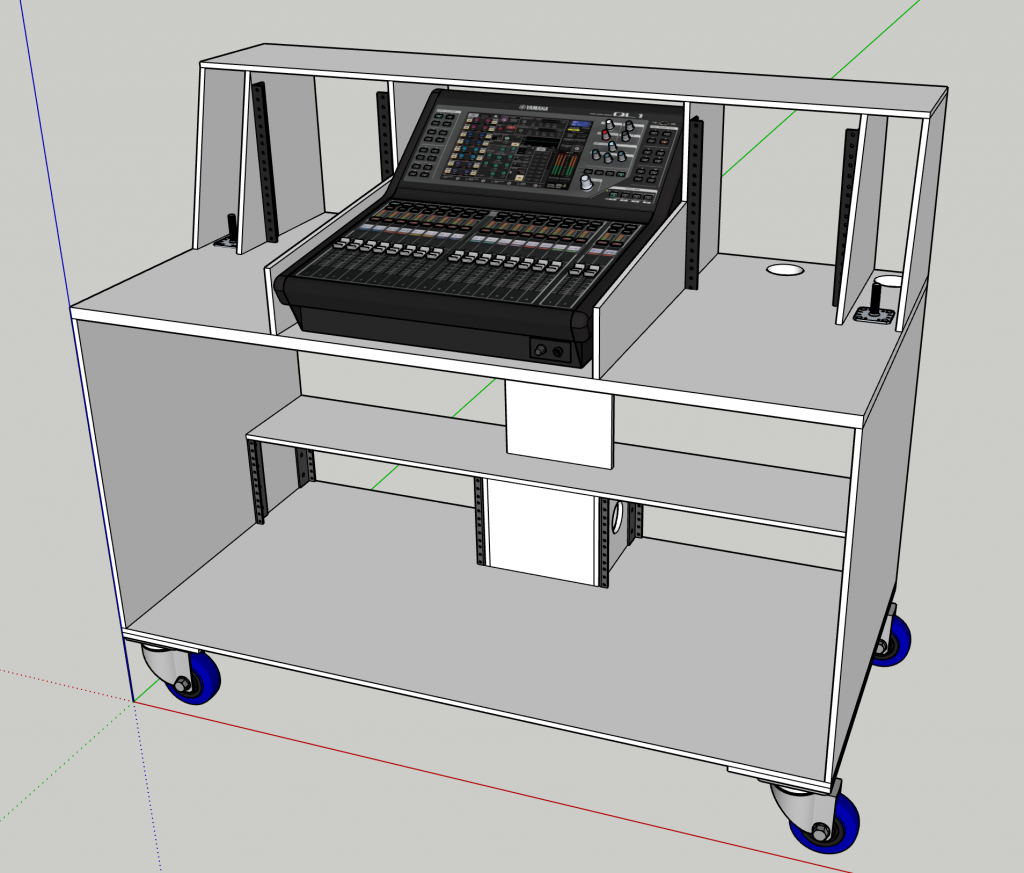 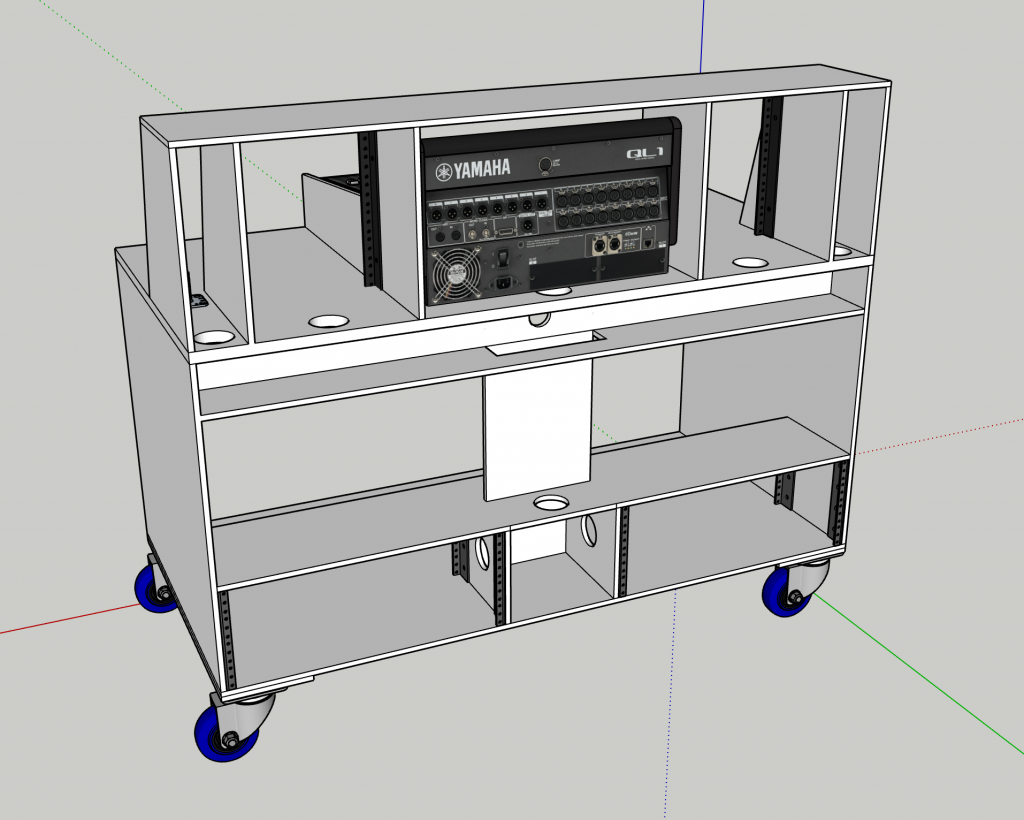 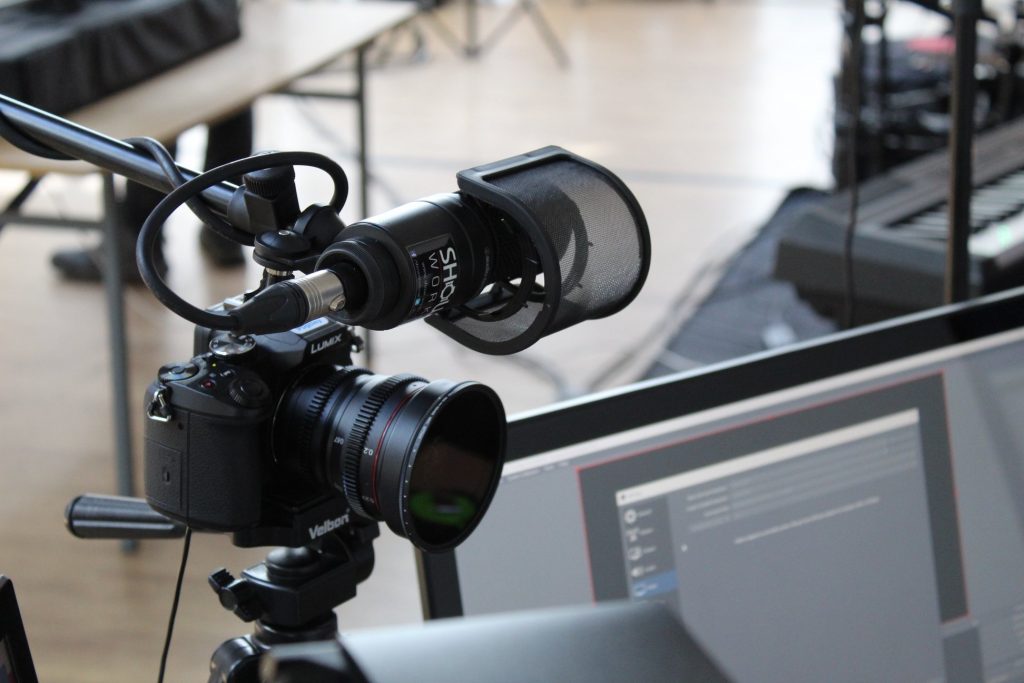 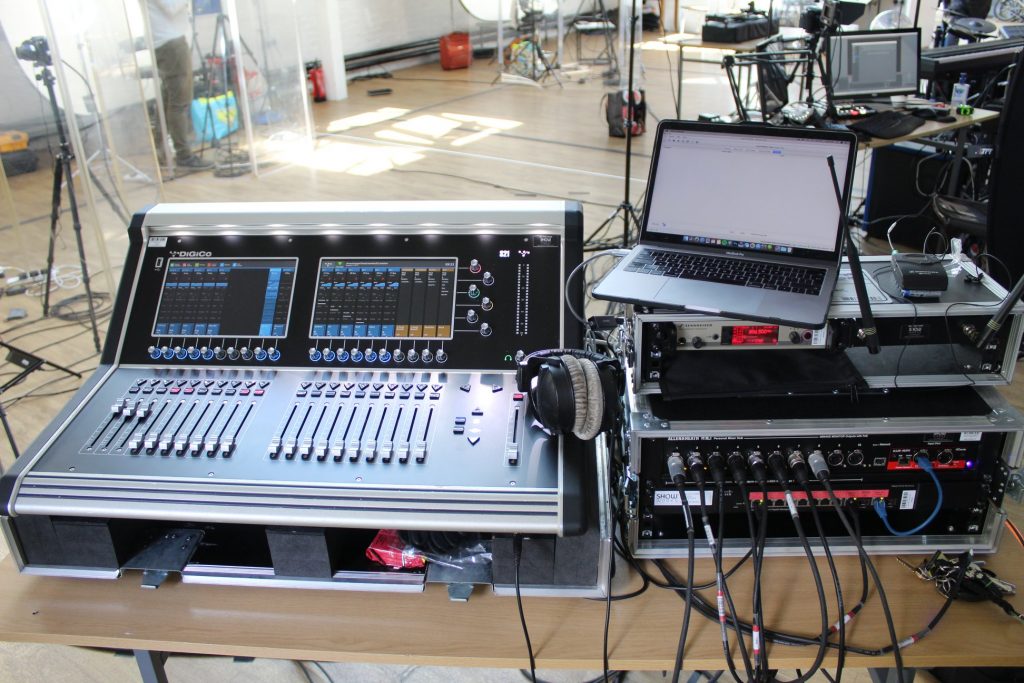