Overview
The Key Theatre contacted Show Works for a creative audio solution regarding their multi use cinema and performance space that runs along side its main house, known as the Theatre Studio.
Often in the Theatre Studio, performances and cinema shows are scheduled week in, week out. Historically, the Key Theatre used a combination of 2 mixing desks and swapping a bunch of equipment around to achieve technical solutions in both scenarios. This often lead to technical issues.
Show Works implemented a digital audio solution from Yamaha to streamline the whole operation.

The Set Up
To further improve the specification of theatre side of things, whilst also allowing the cinema to have adequate I/O. A Yamaha TF3 digital mixing console was chosen for the theatre studio given its extensive features and attractive price point.
The cinema system required 12 channels of inputs due to the nature of the set up: When playing through the server for new cinema releases, audio would come via analog inputs, however when playing via a blu-ray or a similar device, audio would come from an optical to analog audio converter. Historically, this meant levels were often all over the place and required constant adjustment.
The Yamaha TF3 served as 12 channels of inputs for anything from microphones to musical instruments when being used in a theatre set up, with the last 12 channels for the cinema: Left, Right, Surround L, Surround R, Center, Sub (x 2).
Scenes were used on the TF3 to insure that when switching from different video sources, sound levels, balance and quality stayed the same.
The TF3 also allowed all of the same speakers to be used for both the theatre and cinema set up, as the processing for each scenario was done on a scene by scene basis.
All in all, the TF3 made a cost effective and streamlined solution for a multi use space. 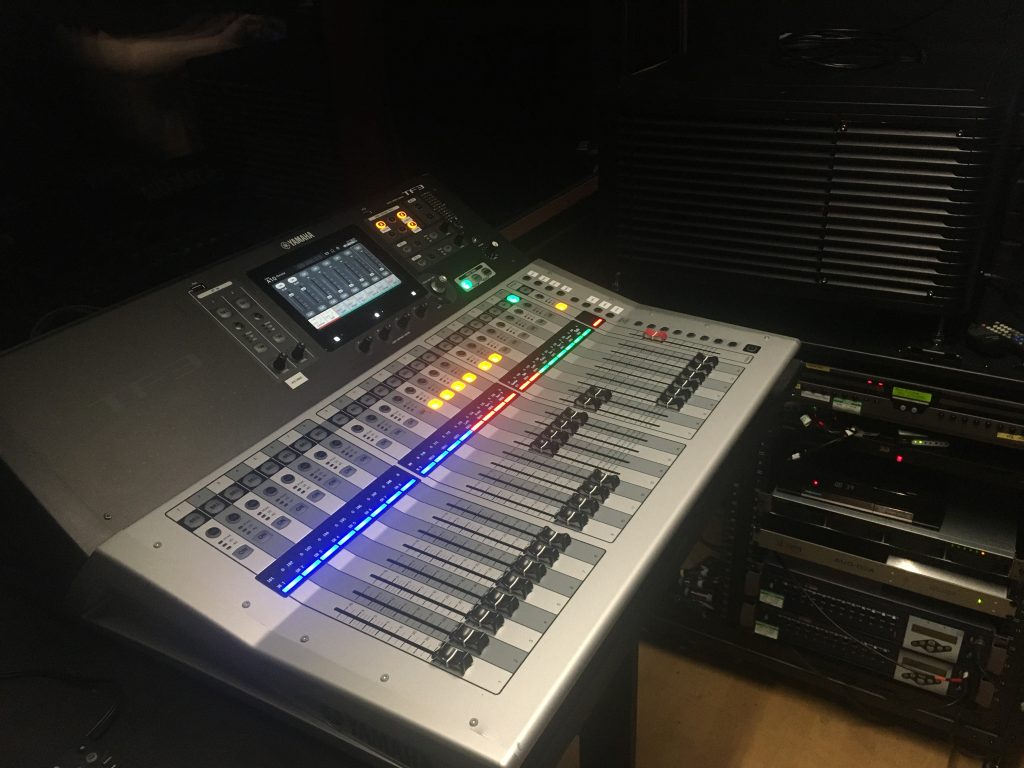