Overview:
We were contacted by the Chelsea Theatre 5 days before the theatre opened to the public to install a sound system in each of their newly built rehearsal rooms.
Despite the tight turn around Show Works managed to pull off the install in time for the opening of the new theatre.
Show Works incorporated a simple set of 2 x JBL Control 1 Pros and an Apart digital amplifier in each rehearsal room for a total of 4 separate sound systems across the venue.
Show Works’ relationship with its trade suppliers and in-house sales stock allowed the quick turn around of this install, from equipment order to install in 3 days time.

The Set Up
The client wanted a very straight forward set up, basically a plug and go system where anyone could plug their phone or laptop into the sound system.
Using Apart’s digital, fan-less amplifiers for the JBL Control 1 Pro speakers, meant that we could go straight from the phone/laptop input to the amplifier without the need for a mixing desk. The amplifiers installed have built in limiter settings allowing the Control 1s to be fully protected no matter how loud the the input to the amplifiers is.
The amplifiers sleek and small design also allowed Show Works to install them in relatively small racks, maximising space in the rehearsal rooms.
The JBL Control 1s are one of JBLs most popular speakers, Control 1s are perfect for a range of applications from theatre, to bars, to rehearsal rooms! Despite their small size, Control 1s boast an impressive volume making them a perfect suit for rehearsal rooms.
Whilst on site, Show Works also helped install their projection room used for local cinema clubs. Show Works provided and installed the projector mount for their new projector as well as helping to connect the new video system to the installed speakers.
All of the sound systems were installed carefully and efficiently in 1 day with 2 staff from Show Works, despite working over newly furnished rehearsal rooms, Show Works took care to insure the build wasn’t disturbed and the addition of the sound system was as sleek as possible. 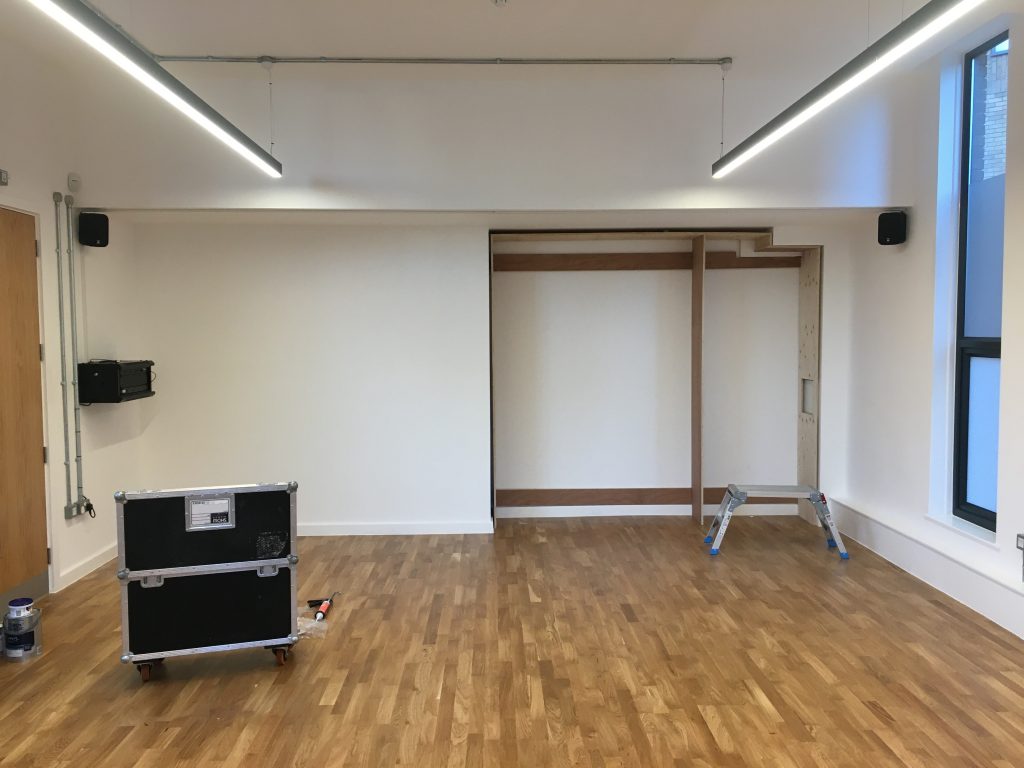 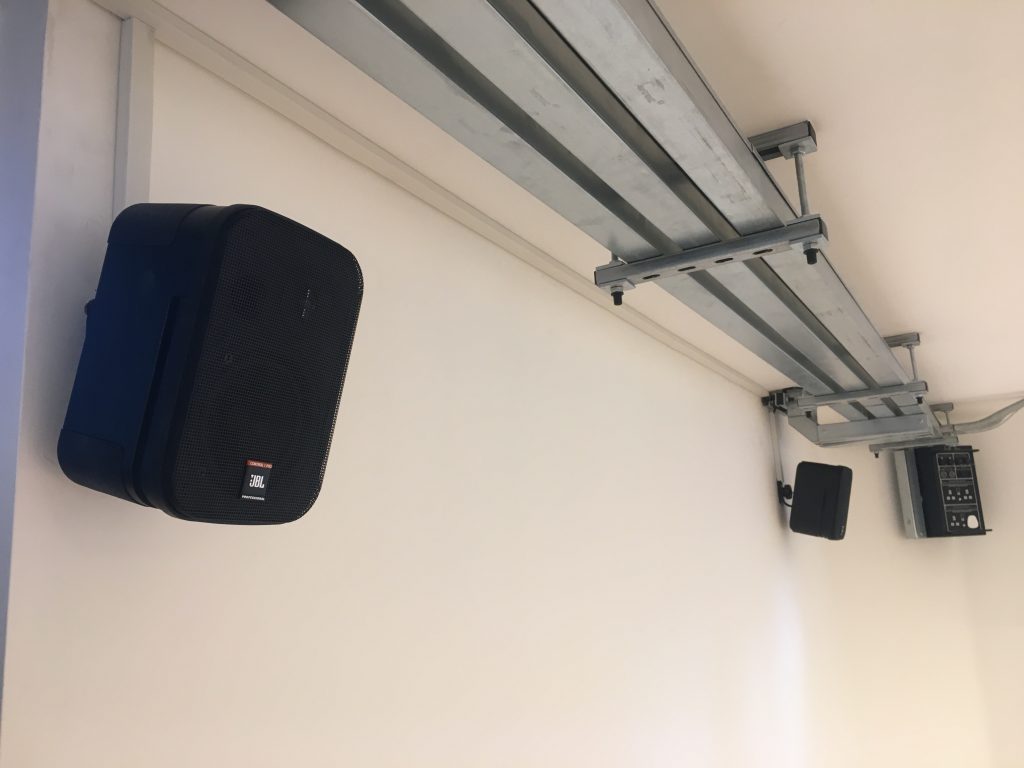 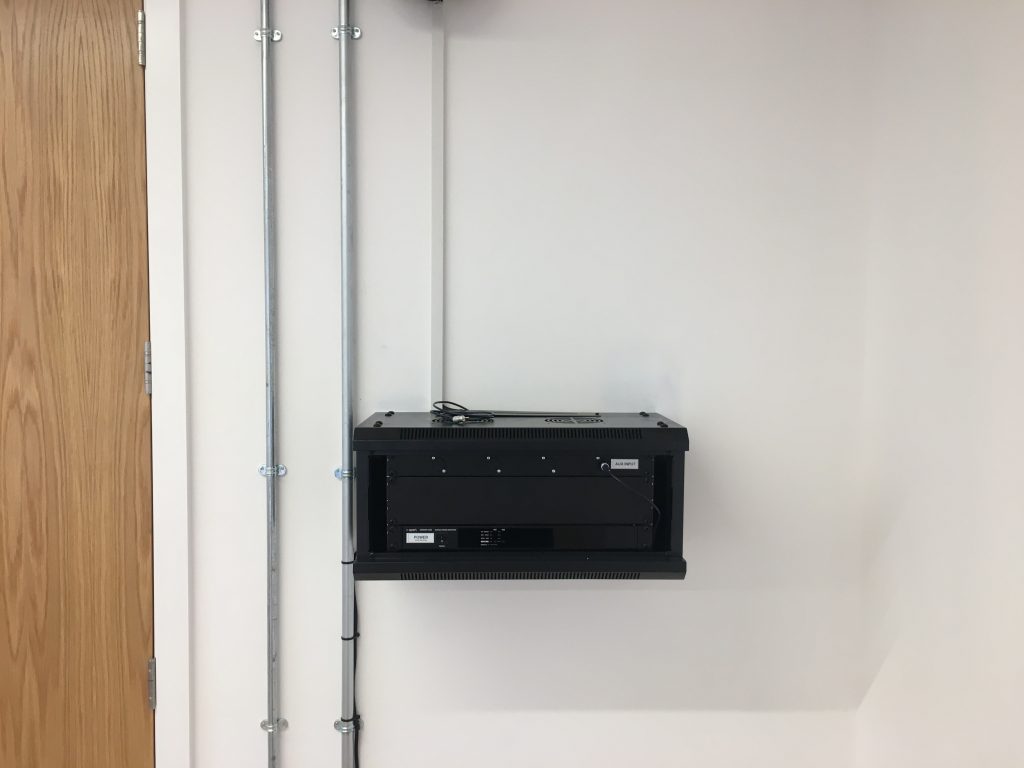